All You Ever Wanted to Know About Insurance

Do You Need Flood Insurance? 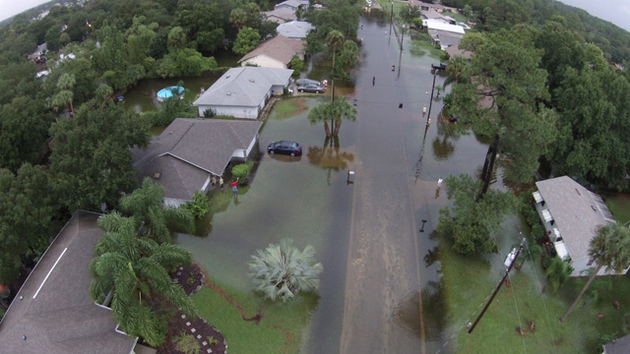 It is almost expected to have flooding near the coasts when storms appear, but did you know that even communities 100 miles inland can be threatened with floods? In fact, inland flooding is considered the most dangerous effect of a hurricane.

A tropical storm can produce more rainfall than a category 5 hurricane? Brevard County residents were privy to this fact in 2008 Tropical Storm Fay made its slow progression across the county, bringing with it 27 inches of water (and 5 feet of standing water in some places).

Inland flooding can occur almost immediately – and even a small amount of flooding can cause significant risk and damage. Storms bringing in tons of rain in a short time period can result in flash flooding that can last up to a week or more. Mere inches of water are enough to cause hundreds of thousands of dollars worth of damage. FEMA has a great tool that shows how much damage can be caused from flooding at http://1.usa.gov/dPeUZn

Just because you’re hundreds of miles from the beach doesn’t mean you’re exempt from flood damage. Make sure you monitor and track storm systems. Have an emergency plan for evacuation and make sure to keep an inventory of your belongings. Most importantly, make sure you have adequate flood insurance. For more information on flood insurance, contact us!

There are no comments yet.

Required fields are marked with ✶

Give us some info and we'll get quotes from multiple companies.